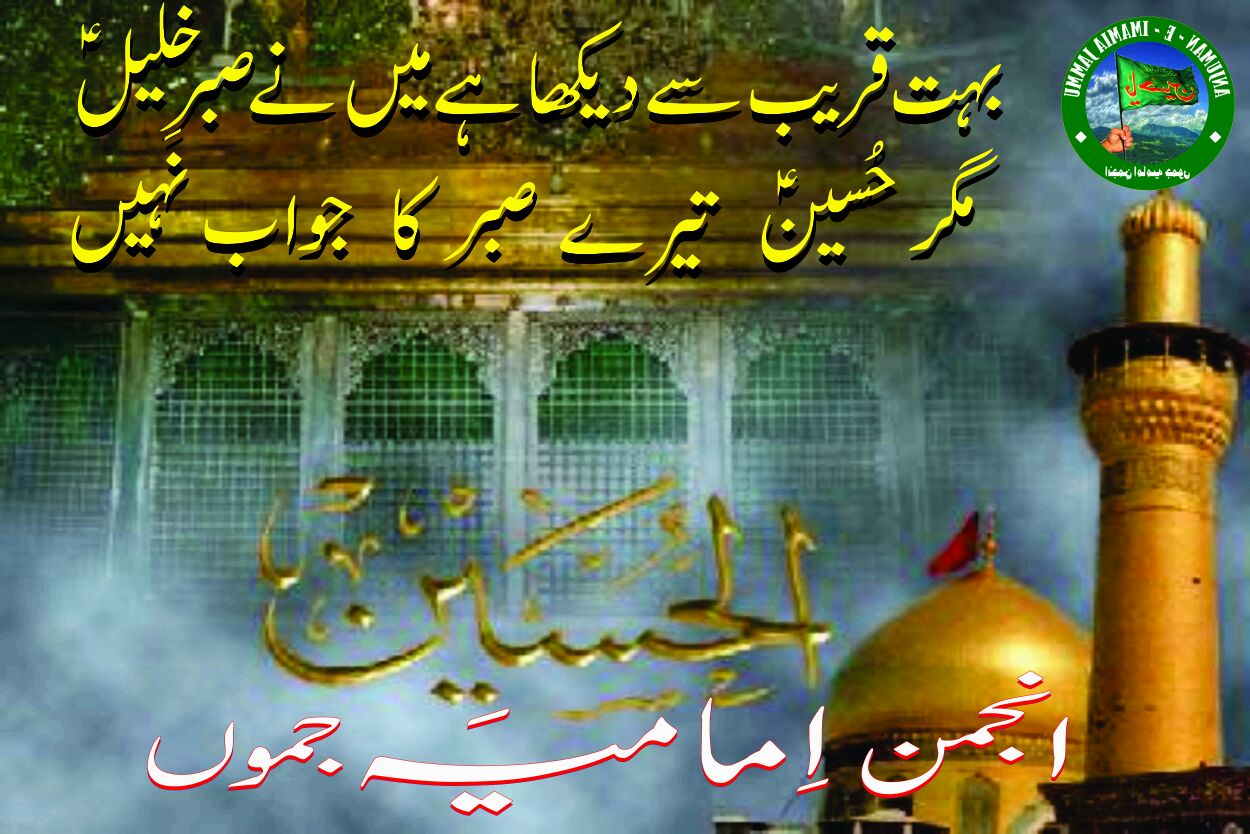 Ashura is the story of Imam Hussain AS, who was martyred by the forces of Yazid on the plains of Karbala in what is modern-day Iraq. The word “Ashura” literally means “10th” since it falls on the 10th of Muharram in the Islamic calendar. The story of Imam Hussain AS is one of sacrifice, and inspiration, in order to defy tyranny and preserve the ethos and values of the Islamic faith from corruption. The hedonistic caliph Yazid, ruling from Damascus, sought to force Hussain AS to swear fealty to him, in order to gain legitimacy for his claim of spiritual and political authority.

Hussain AS was the grandson of the Prophet SAW, the son of the fourth caliph Ali ibn Talib SA. (The abbreviation AS stands for “alayhis salam” which is a customary honorific applied to the name of important figures in Islam. The acronym SAW is a similar acronym reserved for the Prophet Muhammad alone, which translates to “upon him be peace.”) Yazid knew that his rule depended on securing Hussain’s AS allegiance. Hussain AS did not seek political power for himself or to replace Yazid. Hussain AS only sought to assert his spiritual authority and guide muslims in the faith. But his spiritual authority was perceived as a political threat by Yazid, and his refusal to submit an act of defiance. The significance of Ashura to Shiite muslims is in mourning the martyrdom of Hussain AS, but also in inspiration for doing what is right for the greater good. Hussain’s AS sacrifice reminds us that we must not accomodate forces that seek to coopt religion for political gain, that we must not abandon our values and our beliefs.

Ashura is not a sectarian doctrine but a timeless message that resonates in every era. Muslims today (Shiite and non-Shiite alike) can draw inpsiration from Hussain AS in many ways, such as choosing to retain their so-called “muslim garb” (of Juan Williams’ consternation) despite the unwanted attention it may bring them. Likewise, in Yazid we can see the face of other tyrants and self-styled authorities, such as Anwar al Awlaki or Osama bin Laden, who invoke and corrupt religion to further their nakedly political ambitions.

But central to Ashura must be sorrow. There is a great tragedy in the martyrdom of a saint, and Hussain AS was a prince among saints. Shiite muslims mark the occassion of Ashura by reciting marathiya, rhythmic liturgies that recount the story of Karbala. We also symbolically express our grief with matam, a symbolic beating of our breast with our open palm. These rituals are performed in majlis, a gathering at mosques or other centers, on the days leading up to Ashura and on the day of Ashura itself. Thus, Shiite Muslims have observed and remembered the sacrifice of Hussain for centuries. In our sorrow is our responsibility to fulfill the uncompleted trust laid upon us by Imam Hussain AS.

Hussain AS lay against the tree, beaten and bloodied, pierced by arrows and swords. The wicked Shimr came to him and shoved him roughly to the ground. Shimr sat upon Hussain’s AS chest and tried to cut his neck with a blunted knife, but Hussain AS cried out, “Shimr, arise! Your knife will not cut here, for this is where the Prophet SAW kissed me often as a child.”

With sudden strength, Hussain AS threw Shimr off, and then performed one final sajda (prostration). In that last fleeting moment, before Shimr lowered his sword, Hussain AS prayed for Islam, for muslims and the world. YA HUSSAIN!