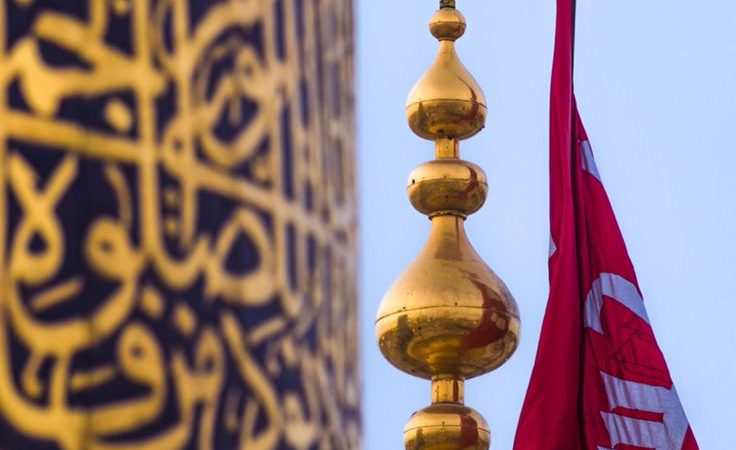 Note: When the word “Karbala” is used in the context of Muslim history or culture, it almost invariably refers to the events around the Battle of Karbala in which Hussein was slain, not the city that stands there today.
Karbala (Arabic: كربلاء‎; BGN: Al-Karbalā’; also spelled Karbala al-Muqaddasah) is a city in Iraq, located about 100 km (60 mi) southwest of Baghdad at 32.61°N, 44.08°E. In the time of Husayn ibn Alī’s life, the place was also known as al-Ghadiriyah, Naynawa, and Shathi’ul-Furaat. The estimated population in 2003 was 572,300 people. It is the capital of Karbala Governorate. Shi’a Muslims consider Karbala to be one of their holiest cities after Mecca, Medina, Jerusalem and Najaf. The city is best known as the location of the Battle of Karbala

Etymology
There are several theories as to the origin of the name Karbala. One traditional hypothesis is geographer Yaqut al-Hamawi’s belief that the name is an alternate Arabic feminine version of karbalah “soft earth”.[1]. Another theory is that the name came from the Aramaic root Karb or Qarb; meaning “Near”, and Alah; meaning God. Hence, the word ‘Karbala’ signifies ‘Near God’.[2]

According to Shī‘ah belief, the true meaning of the name Karbalā was narrated to Muhammad by the archangel Gabriel as being, “the land which will cause many agonies (karb) and afflictions (balā).”[3]